Queen Elizabeth II wrote a letter to the citizens of Sydney in 1986. But no one knows what it says because the letter may not be opened until 2085. What’s behind it?

After the death of Queen Elizabeth II (†96), the world seems to have lost some of its magic. But the Queen leaves us a secret that we will only be able to uncover in a few decades. 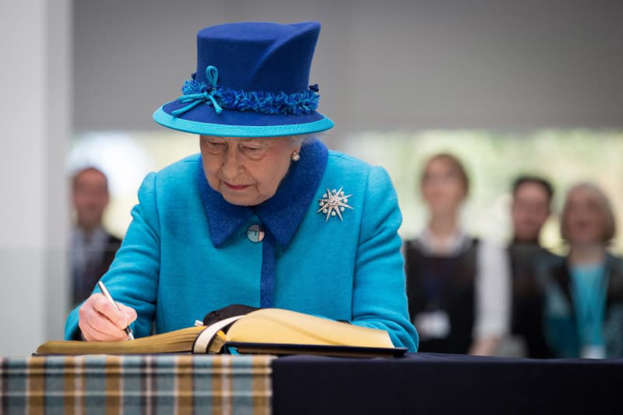 - Advertisement -
Letter from Queen Elizabeth II: what is in it?

In the well-known Queen Victoria Building in Sydney, which was opened in 1898 and now houses a shopping center, there is a letter from Queen Elizabeth II, well secured behind a pane of glass.

In November 1986, the Queen composed the handwritten message and addressed it to the Mayor of Sydney. But what is in the letter is not known! All that is known is that the Queen decreed that the letter should not be opened until almost a hundred years later. The Queen’s will is also not made public.

Queen Elizabeth II: The letter may be opened on this day

“On a suitable day to be selected by you in the year 2085AD, would you please open this envelope and convey to the citizens of Sydney my message to them,” according to Queen Elizabeth II’s statement.

Really nobody knows what is in this letter, not even the Queen’s private staff. One can only speculate about the content of the message.

So, willy-nilly, we’ll have to wait until 2085, when the world will find out what Queen Elizabeth II wanted to say to the people of Sydney.

Over 23 thousand people test positive for HIV in six months