The authorities hope to finish pumping out the remaining oil from the ship that has caused a huge oil spill off the coast of Mauritius on Wednesday.

The aim is to transfer the fuel oil to land before the Japanese-owned MV Wakashio breaks up.

The ship, believed to have been carrying 4,000 tonnes of fuel oil, ran aground on a coral reef on 25 July.

Mauritius is home to world-renowned coral reefs, and tourism is a crucial part of its economy.

Fuel has been transferred to shore by helicopter and to another ship owned by the same Japanese firm, Nagashiki Shipping.

France has sent a military aircraft with pollution control equipment from its nearby island of Réunion, while Japan has sent a six-member team to assist the French efforts.

The Mauritius coast guard and several police units are also at the site in the south-east of the island.

What are the authorities saying?

“It is difficult to say when it will break but we have a boom deployment plan with the French Navy helping and we have made provisions for high sea booms,” he said.

It was “very likely” that the pumping operation would be concluded on Wednesday, Mr Servansing added.

“I can say that a large amount of oil has been pumped and 700 tonnes are still on board,” the police chief said.

The MV Wakashio ran aground at Pointe d’Esny, a known sanctuary for rare wildlife. The area also contains wetlands designated as a site of international importance by the Ramsar convention on wetlands.

How bad is the spillage?

Since then volunteers have also been collecting straw from fields and filling sacks to make barriers against the oil. 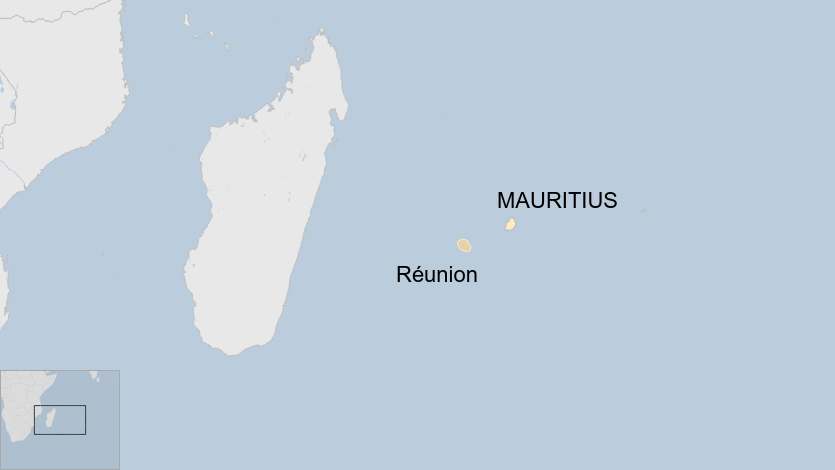 Others have made their own tubes with tights and hair to add to the effort, and some have been cleaning up the island’s beaches.

Their actions went against an order from the government asking people to leave the clean-up to local authorities.

Greenpeace Africa has warned that “thousands” of animal species were “at risk of drowning in a sea of pollution, with dire consequences for Mauritius’ economy, food security and health”.

An oceanographer and environmental engineer in Mauritius, Vassen Kauppaymuthoo, told the BBC that local residents were now “breathing heavy vapours of oil”, and there was a “mixture of sadness and anger” over the spill.

Dead fish in the sea

There have been political recriminations over the spillage.

The opposition and activists are demanding answers from the government on how it could have happened. Both have called for the resignation of ministers, including the Minister of Environment Kavy Ramano and Minister of Fisheries Sudheer Maudhoo.

But we are also seeing a wave of solidarity on the island as people come together to help clean up the oil, and prevent further environmental degradation.

Volunteers are working day and night at the Mahebourg Waterfront to make kilometres-long coils that are used to slow the advance of the oil slick.

“I have many groups with me, private companies, universities, students, and friends. Kids in schools and teenagers in higher schools want to help and they are building the artisanal booms”, marine scientist Nadeem Nazurally said.

Fishermen are concerned about their livelihoods, saying the beaches in the south-east are heavily polluted.

“Several fish were found dead. We can’t eat them or sell them.

“For the next four to five years we won’t have any fish. There is a smell of fuel oil everywhere,” a fisherman lamented.

Akihiko Ono, the executive vice-president of the ship’s operator, Mitsui OSK Lines, has “profusely” apologised for the spill and for “the great trouble we have caused”.

He has vowed that the company would do “everything in their power to resolve the issue”.

Police in Mauritius say they have been granted a search warrant, allowing them to board the vessel take away items of interest such as the ship’s log book in order to help with an investigation. The ship’s captain will assist officers with their search.

UNESCO names Senegal as the true home of jollof rice