Former President, Jerry John Rawlings has issued what many consider to be his first reaction to a book authored by Prof Kwamena Ahwoi which offers a vivid description of his 19-year rule as Head of State of this country.

The book titled Working with Rawlings which was foreworded by the Running Mate to the 2020 Flagbearer of the party he founded, National Democratic Congress (NDC), John Mahama has since become the subject of discussion on social media.

Various quotations from the book have been used by political opponents either to ridicule the former President or the NDC party.

On Monday, 17th August, 2020, the former President issued what many considers to be the first in a series of a response to the letter on his social media handles.

He wrote: “There is nothing ill-timed about Kwamena Ahwoi serving dankwansere soup at this time. He needed to knock down Rawlings to preempt the exposure that Rawlings’s book, “The Triumph of Evil” promises to reveal about some of them.

“People like him do not expect the NPP to let go of 2020, so they are hoping to utilize the opportunity of a loss, to damage Rawlings with some vicious, manufactured stuff. Their cunning calculation is that Mahama and his running mate will step aside after 2020 while they consolidate their control over the party and provide their own flag bearer and running mate for 2024,” he alleged. 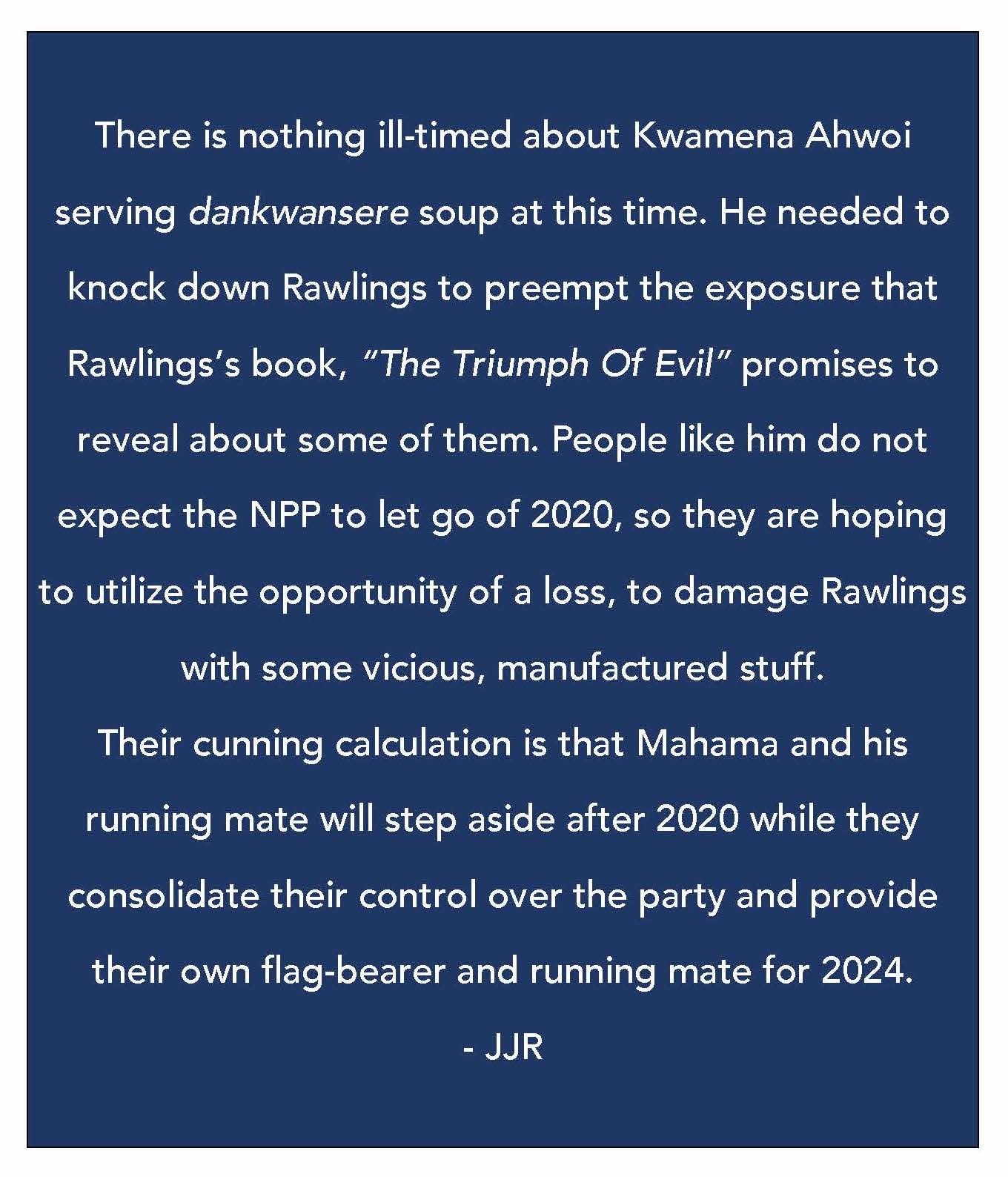 14 arrested at Enchi over riot at NPP constituency election