Kalybos and I ‘will have a baby coming out’ – Ahoufe Patri

The first lady, Rebecca Akufo-Addo has refunded into the state coffers, an amount of GHc 899,097.84 which was paid to her as allowances from 2017 to the state’s coffers.

Mrs Akufo-Addo had muted her intention to refund to the state all the allowances paid her since her husband, Nana Akufo-Addo assumed office in 2017.

The decision of the first lady followed recent public outrage on a committee report to institutionalize the payment of emoluments to presidential spouses.

MPs had approved salaries for the wives of the president and vice-president for the supportive role they play.

True to her promise, the first lady has in a letter sighted by Angelonline.com.gh refunded the full amount to the state.

Below is a letter communicating the transfer of the amount to the state’s coffers: 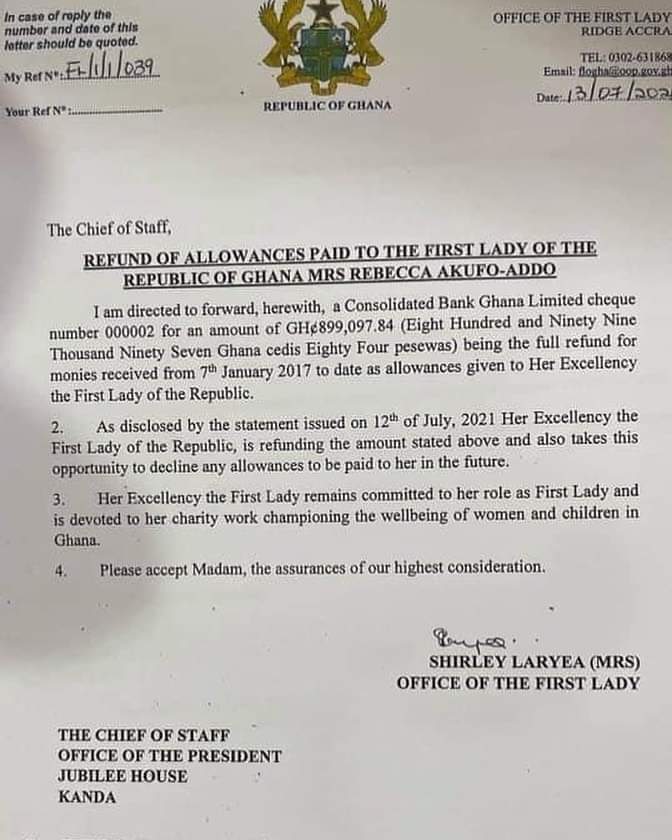 Kalybos and I ‘will have a baby coming out’ – Ahoufe Patri